By pointing your smart phone camera at each poster image on the two explanation panels near ‘Tower of the Sun’ in The Expo’70 Commemorative Park, you can see several photos of Expo’70 around there. 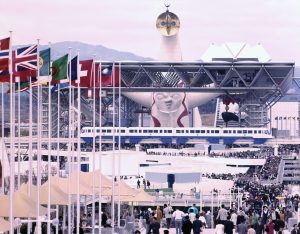